How the CEO of MacroActive is fulfilling his purpose

Yesterday I wrote about a cool exercise I was once taken through by Nikki Nemerouf, a high performance executive and athletic coach, where you hone in on a single word that resonates with you, one that best describes your ‘why’; why were you put on this earth? My word was ‘helping’.

Looking back, I can see how that’s shaped who I am, and how the application of that ethos has helped me get to where I am today.

One of my earliest childhood memories was on a road hugging the Fraser River, outside a small town at the foot of the Canadian Rockies. It was the late 70’s and my parents, two hippies from San Francisco, pulled over to offer a local Stó:lō fisherman carrying a massive haul of fresh salmon over his shoulder, a ride in their car, saving him a grueling hour long walk back into town.

To pay the bills, my dad managed one of the two grocery stores in the area, but his real passion and life’s work was haiku poetry. Today he’s an internationally recognized haiku master, but back then he was quietly acknowledged as the town’s unofficial counselor, the guy in the store people stopped off to chat with about their highs and lows. He once explained to me that his job really was about listening to the townspeople’s stories and reframing them back with a positive, poetic twist, so they would leave the store happier than when they entered.

Mom worked in early childhood education, specializing in helping kids and families with special needs. She’s now retired but I remember how passionate she was about helping her children and their parents to learn.

I guess the fact they were community leaders in their way must have rubbed off on me, because when I joined a band in high school, I was always the one hustling up where we’d play next, versus just jamming in a basement.

Maybe it’s helping, maybe it’s motivating others, but the same traits followed me to college where I discovered many aspects of campus life that I thought could be improved.

I also realized pretty darn quick that to make the system work for you, you need to be part of the system, part of the solution. And so, I decided to run for student body president.

I was working three jobs to put myself through college and later, helping my sister do the same. (She went to Berkeley, then Colombia, and let me tell you, she is the smarter sibling!)

One of my jobs was as a waiter at an ultra-exclusive, members-only golf and country club — where the who’s who of Silicon Valley would frequent. While working there, I’d met an older couple, Dick and Aggie Bliss, who were following my progress and knew about my predicament. I’d just been elected student body president and the position was a job in itself. I was going to have to quit my other jobs to fulfill this commitment. On my last day of work at the country club, Dick offered me a job as his driver, a much more flexible gig that I could fit in around my studies and responsibilities.

That was the beginning of an incredibly influential and life-changing time for me. My new employer and mentor — and later friend — allowed me to live rent free in their guest house, and each morning I’d drop him off at his office, drive to college, then pick him up at the end of the day.

Pretty soon, he started to give me real world problems from the business he owned to take to my professors and workshop solutions for him. After I thought I understood the answer, I would explain it back to him on the ride home from work. This would be my real education for the next four years.

Although he was intuitively business savvy, Dick’s formal education didn’t go beyond high school so each afternoon I had to explain the solution in a way both of us could grasp. And it wasn’t until I could finally explain it to a 75-year-old with no traditional education that I could understand and internalize those concepts myself. By helping fine-tune his business, I was helping him, and he was helping me.

Nine months after building his web site and convincing him to advertise on Yahoo! (before Google), we made our first sale from the internet — a contract worth roughly one million dollars. Dick handed me the keys to his wife’s (second) Cadillac as commission. What a moment! 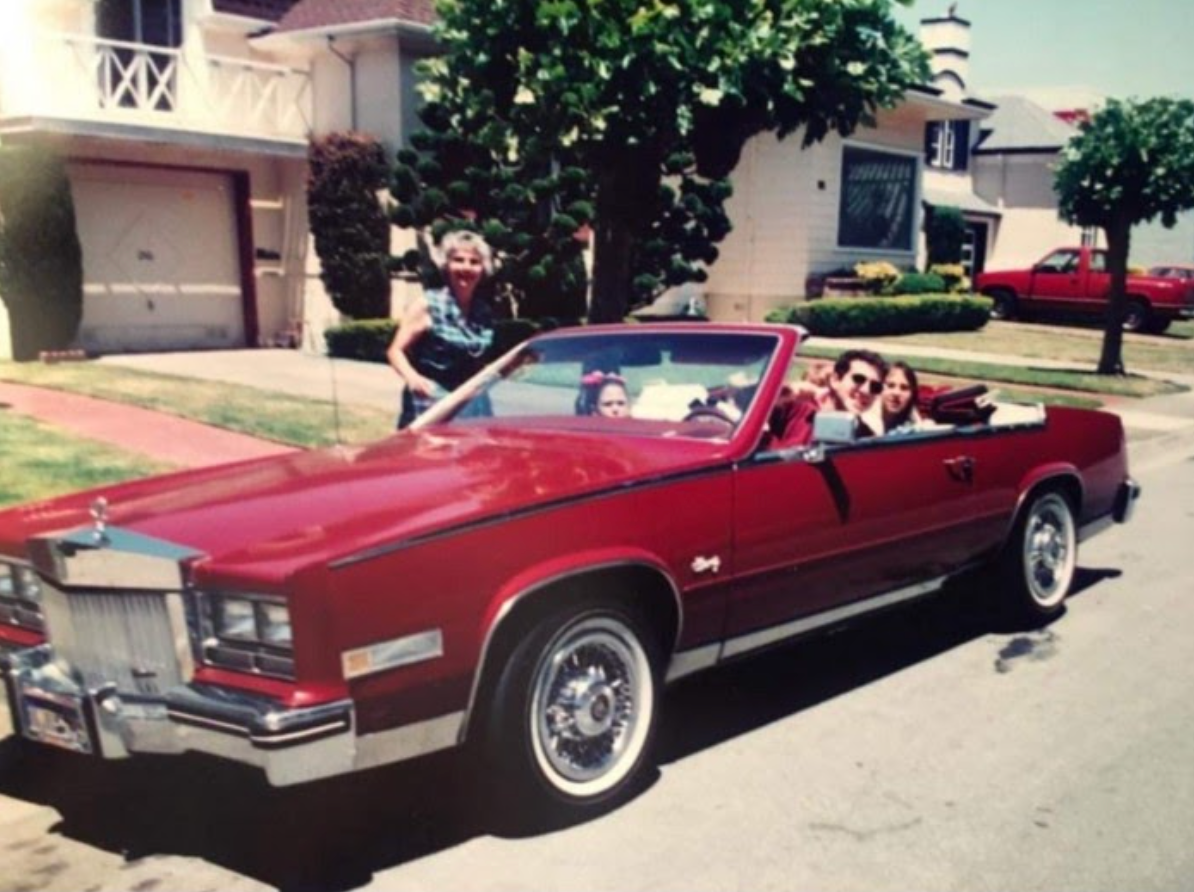 It was Dick who saw something in me and gave me a step up the ladder. Later his son, Ken Bliss, would give me another step up. But as a couple, Dick and Aggie helped a lot of others — and that also rubbed off on me. I guess over time, that too (helping others) became my default setting.

I’m committed to helping because I’ve received a lot of help along the way.

I get the same pit of gut excitement now, watching our company grow and our clients thrive. Thinking back to when we had our first 10 to 20 clients, I can still recall that feeling of excitement and communal celebration we had when we saw them delivering results and achieving success.

But getting to that point was a hard slog….

When I came on board with MacroActive, I was keen to exit another company I worked for but just wasn’t enjoying. But with two small kids, I wasn’t going to bail on a ‘regular’ job for a small start-up with an unknown outcome.

So, I’d come in at 6am, blast out some emails and cold-call for sales. I did this for about six weeks, honing my pitch and trying to get the message right. I’d walk around the courtyard, recording myself, pretending I was on a sales call, getting the wording down pat.

Pretty soon, I started closing deals. The first was with Luke Hines. To this day, Luke is still one of my favorite trainers and not just because he was my first client, it’s because he cares so much about each and every one of his clients.

Luke is the real deal. He’s had his ups and downs but has stayed true to helping people live healthier and happier lives. This attitude really speaks to everything we’re trying to do with MacroActive.

Early on, my business partner John and I sat down one Saturday morning to make plans for the company. We asked each other, “How do we want to build this business?” and then asked, “What would make our parents proud?”

We are both aligned in wanting to leave the world a better place. Everything you see in MacroActive today has resulted from that meeting, that conversation, that place.

I’d struggled with my weight as an adult, so we dove deep into the research around weight-related disease, then the ‘how and why’ we could create our company vision that would address those alarming statistics.

Now, when we’re coming up with product features, I ask myself, “What would motivate someone else like me?” I put myself into the consumer’s shoes for everything we do, to bring it to fruition. In my quest to help others, if I can help myself then that’s just golden!

I suppose I was always going to help people in one way or another. It’s a natural inclination, shaped by my upbringing and encouraged by my passionate and empathetic parents.

Entrepreneur Reid Hoffman describes high growth companies with 100–1000 employees as ‘villages’. MacroActive is now a village. We completed our second acquisition last week, bringing together the most amazing group of people, employees and clients, who all share a common value, that “helping” others means we’re stronger together.

So now I help people grow their businesses — a true expression of why “helping” is a fundamental part of who I am. If you’re a MacroActive trainer, I bet this same sense of purpose and passion speaks to you.

If you are, or know, an online coach whose purpose in life is to impact as many people’s lives as possible, join our movement!

Latest from the blog